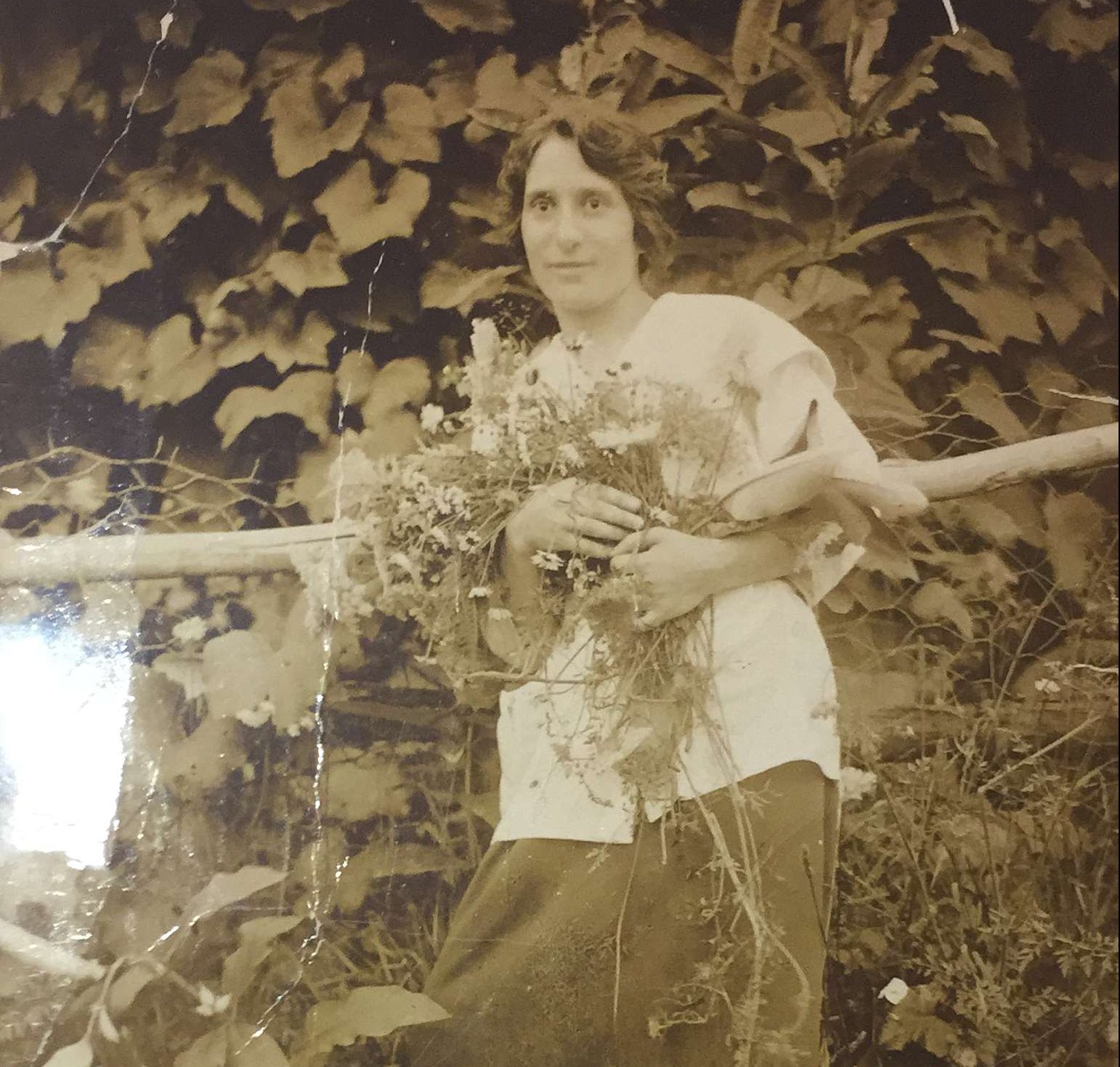 Here is the story of my grandparents, Sonny’s parents. Sonny as you may recall is my mom, the Bronx lady who loved a good hot dog, clandestinely shopped at flea markets, and who could make you laugh until you cried. I heard the following story many many times through the years from my grandmother Yeta. I may have a few of the details, like the exact years a little off. However, by and large, here is the unvarnished story confirmed by my mom.

EARLY 1900’s USA
In the early 1900s, Yeta, her mother, father, and three of her brothers and sisters escaped Russia and immigrated to the U.S. I had the understanding that there had been twelve siblings in Russia, but the details are murky. I do not know what became of these other siblings, or if I even have these family details right.

Arriving in America at age 16, Yeta and her family were proud, but very poor, and struggled to feed and house themselves. They lived in a Bronx tenement and did not speak, read or write English. Often other distant relatives or “friends of friends” would arrive to the U.S. with even more challenging circumstances, and Yeta’s parents would open their home to these immigrating relatives. These fellow Eastern European arrivals would stay with Yeta’s family in the cramped quarters, until they could get their own little start. Yeta’s parents were once in their shoes, and understood the urgency.

Yeta got a job sewing in a factory as a teen. Fluent and literate in Yiddish, she worked diligently in the factory becoming a good seamstress, and learning to speak (but not read) English. At 17, Yeta was introduced to a family friend’s son. This young man, Avraham, was a 23 year old Jewish man, and had immigrated to America several years earlier. He had done well in the “new country”, learning to not only speak English, but to read and write too. He had successfully assimilated, developed a vibrant trade as a tailor, and produced a secure income. This brought great relief to Yeta’s family. Their two families made a match, and Yeta agreed to marry Avraham. Yeta was at peace with their arranged engagement.

One night, during their engagement, Yeta attended dinner at her cousin’s home. A new immigrant, Froim, had just arrived from Russia,“fresh off the boat”. With nowhere yet to stay, his cousins let him temporarily sleep in their small apartment. Froim had no money, only the clothes on his back, and a few extra garments. Wearing the “long black coat, big hat, and long beard”, he carried the ways of the small Jewish Russian community he had just fled. Froim spoke only Russian and Yiddish. Most of the Ashkenazi Jewish immigrants had recently been in this same boat, but now many disparaged “the long coat, old country ways”. It was a sign of their recent painful struggles, and many wanted to forget and fit in to this new land, America.

At the dinner, though it was not expressed, Froim and Yeta experienced a powerful draw towards each other. When it was time to leave, Froim had a letter to mail and he offered to walk Yeta home; it was on his way to the post office. Neither expressed their feelings and did not know how the other felt.

When Yeta arrived home, she told her mother she had met a man, and though she knew nothing of him, she had to break off her engagement. Her mother was shocked. She forbade her to do it, and forbade her to have any contact with Froim. Yeta’s family were fledglings in America and still impoverished. Her fiance was a good man, from a good family and had a decent job. He could provide food, shelter, and a measure of safety.

For the first time, Yeta disobeyed her mother. Even though she knew she wouldn’t see Froim again, she broke off her engagement. Both families had forbade Yeta and Froim from meeting again and even if they could meet, Froim seemed destined to struggle in America.

For six months, Yeta went to work, came home, barely spoke or ate, and cried frequently. Then one day, her mother gave up. Estruchel, Yeta’s mother called the cousins, and told them about Yeta’s  feelings for Froim. Her cousins expressed to Estruchel that though Froim had been instructed to keep away from Yeta, he as well would not accept any invitations. He just worked, ate and slept. He had gotten employment helping a jeweler with his repairs, and was earning meager wages.

When the cousins told Froim about Yeta breaking off her engagement, Froim admitted there had never been an actual letter to mail. That night, six months earlier, he thought he would never see Yeta again, and he felt compelled to extend the little time he had with her.

A meeting was arranged. They married shortly afterwards. Theirs was called by all who knew them “a match made in heaven”. Froim and Yeta were poor their whole lives, but they worked hard, and loved each other fiercely. They had two children, Sonny and Alec. The family struggled to make ends meet, and Yeta would frequently serve potatoes, prepared in different ways, for breakfast, lunch and dinner.  Still, Froim and Yeta kept their love strong through their lives. My mom would tell me that in the infrequent times when Yeta would get angry at Froim, Froim would just smile good-naturedly and say, “isn’t your mamme beautiful?” Froim died in his 50s from a heart attack. Yeta always slept on her side of the bed; she maintained a positive attitude through the rest of her life for having had a great love.

WHAT’S IN A NAME?
My name Vivi (for my father’s mother) and Frances ( for Froim) meant I would always be a reminder to Yeta of her beloved Froim. My grandmother would call me her little Frankela (Frank being Froim’s American name). I know Yeta loved all her grandchildren, and I as the youngest, always felt special being her little “Frankela”. My relationship with my grandma Yeta was very very precious to me.

Froim died before I was born. I never felt a connection to him. This special connection between Yeta and me was due to HER associating me with her late husband. But, while reading this over, a new idea came…Perhaps there IS something to a name?….Perhaps some of my deep connection with Yeta also had something to do with me, meaning that Froim is a part of me. That being named for our ancestors carries more substance than just symbolism; in some small or big way, Froim created my deep connection to Yeta? I don’t know or need to know. Just saying… the possibility feels expansive. ©

p.s. Do you know your ancestors’ love story? It’d be wonderful to hear! Please feel free to comment below.

A POOR GIRL FROM THE BRONX

6 thoughts on “ZAIDY AND BUBBE: A love story”