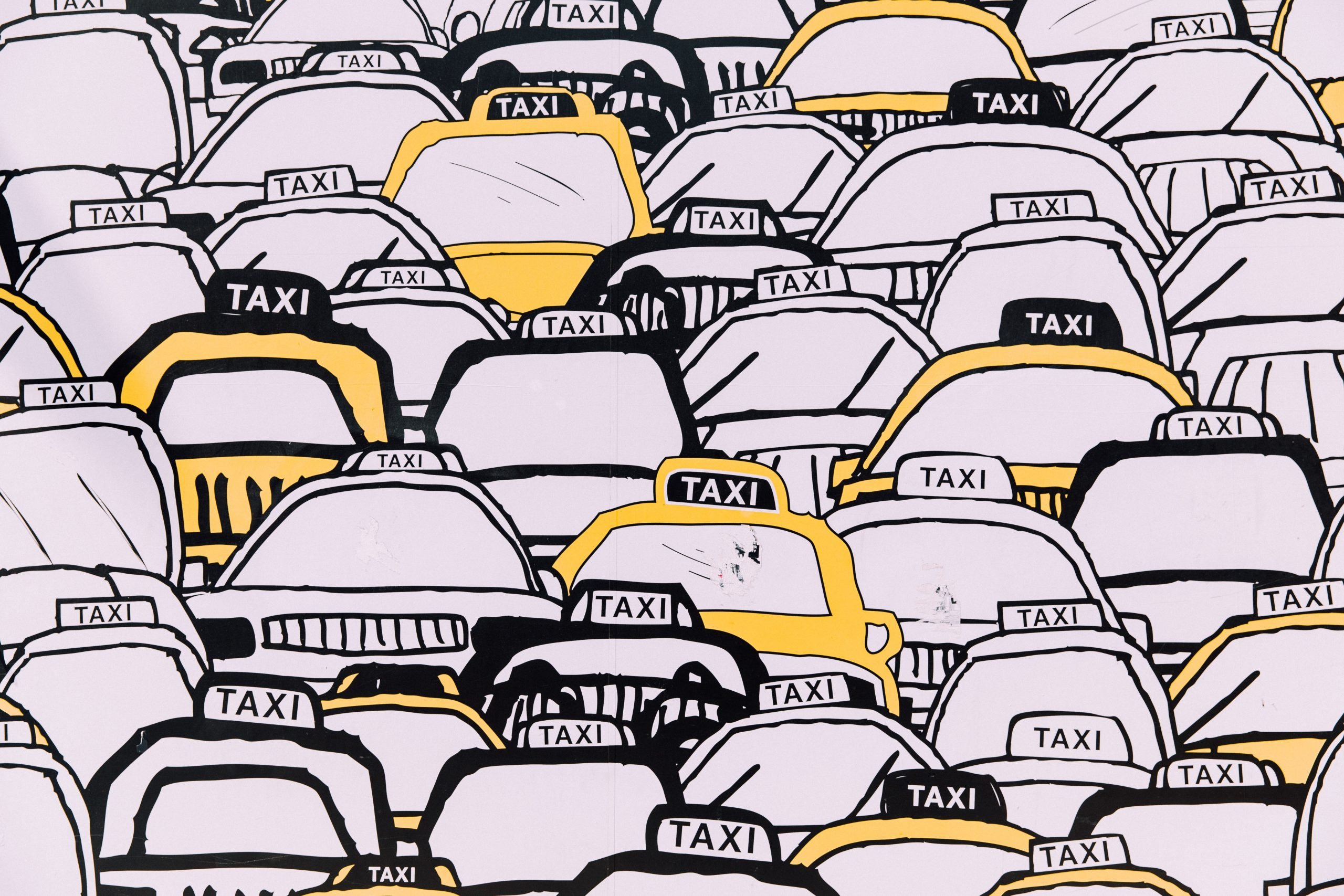 Dear Lovely Reader,  Since this is continued from last week, I will recap briefly.
(Here’s a link to Part One: “THE BATHROOM… & G0D, if you’d like to read it.) RECAP:
* I didn’t believe in or trust G0D
* I wanted to
* I was going through a painful divorce
* I was remodeling my bathroom
* My friend Reggie suggested, “Use remodeling the bathroom as a way to build your relationship with G0D.”
* I became obsessed with selecting the perfect bathtub
* Unsuccessful in this quest, I took the BIG LEAP and gave “finding a bathtub” to G0D!
* I thought this is ridiculous. How will G0D help me find a bathtub!?
* Somehow within 24 hours, I was on my way to NYC with my friend Reggie… to find a bathtub, and have a lighthearted excursion.

I planned the trip to New York in a whirlwind, quickly finding a really cheap hotel in a decent part of town with good reviews. When we arrived at the hotel, we found it was BEAUTIFUL and luxurious! I’ve since tried, through the years, to book that wonderful cheap hotel, but the price has consistently been almost triple.

There were three things on the to do list for this trip:
One: Go to the “bathroom factory” which had all the bathtubs ready for me to “test out” on their warehouse floor.
Two: GO SEE MY UNCLE AL who lived in Manhattan and whom I hadn’t seen in seven years. He was my last living relative from my parent’s generation.
Three: Try to see if Reggie and I could visit our mutual friend who lived somewhere in New York.
And…. A bonus must: Get a good bagel! ARRIVING IN MANHATTAN, I immediately called and made an appointment to go to the “bathtub factory” on day four (of five) days in NYC. Unfortunately the store owner told me, there was NO public transportation any where near the South Yonkers store; it would be a hefty taxi bill. I’d take a train from Grand Central Station (my favorite building) to Westchester County and then just ante up the cab fare.

Next, we tracked down our mutual friend and called to say hello. Might she be free for a visit?, I asked. I told her our hotel location. “I AM RIGHT ACROSS THE STREET!!”, she sputtered. “How about coming over right now?” Ten minutes later we were at her place and had a delightful visit!

With that done and the factory trip planned for Friday, it just left calling and visiting my Uncle Al. Beyond that, we’d have free time to explore New York. If you remember I had admired Reggie’s easy relationship with G0D and had asked if I could learn a bit from her. She’d often repeat while in NY, “G0D’s in charge of this trip”. Though I didn’t share her trust, I went along. Happily, this G0D approach gave the days a lovely loose cadence. We’d done everything we wanted including a profound sacred trip to Ground Zero.

It was Thursday night… All that was left was the bathtub factory trip and the gaping hole of not reaching my mom’s brother. Lighthearted for 99% of this jaunt, I was quite worried and now heartbroken that I would probably not get to see my uncle. Wandering into a wonderful Mediterranean restaurant for dinner, I anxiously dialed from the restaurant table. No answer.

I then tried my cousin for the up-teenth time.

After the excitement of hellos, I told him I could NOT reach his father. He explained his dad had moved into a nursing home a few months earlier. I was sad for my uncle and still, phew, I found him! I could visit him along with the bathtub extravaganza!!

“Where is the nursing home?”, I asked. “In the Bronx.” “What’s it near?“ “Nothing. It’s not near any public transportation.” Nada.

Crestfallen, we said our goodbyes. But I knew what I already knew. I would go see my uncle, no matter what. It might cost me $500 in taxis…Number #1 expensive cab to the remote bathtub warehouse, Number #2 expensive cab to my uncle’s Bronx nursing home and finally #3, the cab ride back to Manhattan. So be it. It seemed a little wonky to spend such a fortune on cab fares. But this is just how the cards laid out. Visiting my uncle? This was the really important stuff.

BATHTUB and UNCLE AL FRIDAY
Reggie came with me as we took the train on our big adventure. We got off at a random stop in Yonkers ready to find a cab. The train station attendant said it’d be trouble …taxis didn’t come here. I spotted one lone cab idling in front. The attendant was shocked. “There are NEVER cabs here,” he said shaking his head in surprise. “Who is it? The cab driver was lovely. A gentle woman…a kind soul. She pulled into an isolated alley filled with big old warehouses. “Here we are!” What?! It had only been seven minutes. That’s it?! “Yes. Here you are.” I paid and asked if she would be willing to pick us up and drive us to my uncle’s nursing home when we were done ? “Yes, no problem. Call when you are done. Here’s my number. ” Her name was Aylen.

Well that was sure easier than I’d expected.

The bathtub factory was a little heavenly and a little dizzying. Here in one place, all the bathtubs lined up. If you remember, I was convinced I had to lie down in a tub to see if it fit. Yes! Like Goldilocks, I tried, and the first tub fit just right. BUT, I’d traveled too far to let it go at that. I had to try the other tubs. Hopping in and out of three, four… five tubs, back to the first and then making the rounds again, Reggie, who’d grown up in the Outback cried out, “Stop! You look like a kangaroo! hopping in and out, and …” Sanity returned. Though dizzy with opportunity,  I was good. The first tub, that was the one! I thanked the store owner, concluded our business, and then called Aylen.

Aylen came right away and we settled in for the drive.

Ummm…about seven minutes later, she pulled into the facility gates. UNCLE AL
What can I say? It was spectacular. Reggie being, as is blatantly clear, an angel of a friend, joined my Uncle Al and I, as we visited for over three hours. We talked about my mom, dad, grandma, growing up, and laughed and reminisced. One crazy story he told was how my mom worried about me going to the NY discos back when I was in my late teens, and how she asked him to keep an eye on me. I flashed back to that one time I was in a random club dancing on a Tuesday night and spied my Uncle Al sitting at the bar, forty five minutes from his then Bronx home. Whaaat?!! He acted nonchalant and I chalked it up to a really bizarre coincidence. Turns out he and my mom had schemed this little escapade. It was so sweet and tender to hear this about my mom who had since passed away. He also told a profoundly and utterly precious story about my dad that surprises and warms my heart to this day.

My cousin showed up just as we were leaving so we even got a short visit with him. The satisfaction overflowed.

TAXI #3: Now, all done, I had to figure out how to get back to Manhattan. “No problem,” the gate attendant explained. “Walk about (YES) seven minutes up this road and take the train to Grand Central.” It was a beautiful tree lined “nature walk” along the East River!

Who would have thought? The bathtub, my uncle, and the train station each SEVEN minutes apart!

A PARTING TREAT
We arrived back at the hotel and I was filled with relief, joy, and a little chuckle. My uncle was funny.

Reggie and I were sitting on the floor of the hotel room, while I transferred all my belongings into the new leather pocketbook I had bought from a lower east side leather shop. I can’t remember but for some reason I needed a paper clip. Reggie asked if I had one? “No”. She of course didn’t have one either. Finishing the pocketbook transfer, we stood up and turned the tiny little corner to get ready for sleep. Between our two beds, on the spotless vacuumed hotel rug, lay one object. A lone paper clip We took the train back to Virginia the next day.

I marveled at the whole thing. Here I gave G0D a bathtub wondering what the heck he could do with that.

The bathtub turned out to be small potatoes. I got so much more. A delightful trip during a very painful time in my life, an angel of a friend, AND getting to see my uncle whom I hadn’t seen in almost a decade. Not to mention a paper clip!

My son thought Reggie’s idea to learn to trust G0D with something as low-risk as a bathroom was brilliant.

Today I trust G0D with everything. I slip, have doubts and sometimes try to control things. But that’s not the show’s star. The true star is trust and a relationship with G0D. After my New York trip, I stayed in touch with my Uncle Al. And then, two months after our visit, he passed away.

I gave G0D a bathtub. I received more than I could imagine.

I love to hear your thoughts  and welcome your comments under ANY post. It would be lovely to get to know you.